EMPIRES
or in this case referred to as "small, struggling families"
Contents
Land domination.  The ranches of the Point Reyes Peninsula dominant the land.  The acreage that accounts for "wilderness areas" are scattered, divided, fragmented, incomplete, and separated by miles of lethal ranch fencing.  It's an absolute joke to think of Point Reyes as a wilderness area.
​
​What most people don't know is that these ranchers hold massive land holdings outside the seashore as well.  Perhaps even more surprising is the realization that only a handful of families lease almost all the ranches in the seashore, as opposed to them myth that each ranch is a separate, small family.
The below document reveals in great depth the shocking reality of these empires and their land holdings in Marin County.  Click to download.

Download File
For those not willing to read the document, here's a quick taste of reality:
Over 80% of the ranches on the Point Reyes National Seashore – thirteen of sixteen - are leased to FOUR families,  whose collective land holdings in Marin County total over 24,000 ACRES.
​
This book, in downloadable PDF form, authored by Bruce Keegan, shows the original purchase agreements of the ranches starting on page 21.  Miraculously, through perpetuation of myth, it has now become widely accepted that the original intent was to pay people millions of dollars not to leave their land.  Adding insult to injury, we continue to fit the bill for the incredibly low lease rates they enjoy while also paying expenses of these ranches.
​We the people paid once and we are still paying today.

POINT REYES SEASHORE RANCHERS ASSOCIATION
where families of liars assemble without faces
This website was one of the first that I had to research and debunk in order to accurately proceed with the creation of my film.
​The Point Reyes Ranchers Association Website has so many lies on it that a dedicated page was required just to tackle all of it.
PRSRA and RAGG were two groups formed to allow the ranch families to engage in legal matters and lobbying without personally attaching their names.
STEWARDS OF THE LAND

DAIRY DISTRIBUTION
Many of these ranch empires work with big name companies such as Straus and Clover.  Clover seems to have the biggest grasp of the area but over ten ranches sell to Petaluma Creamery and a handful are vertically integrated (bottle directly or make specialty cheese) or sell to other companies that are less prominent in CA.
Straus and Clover signs can be seen hanging in front of ranches within the seashore and ranches outside the seashore throughout Marin and Sonoma Counties. 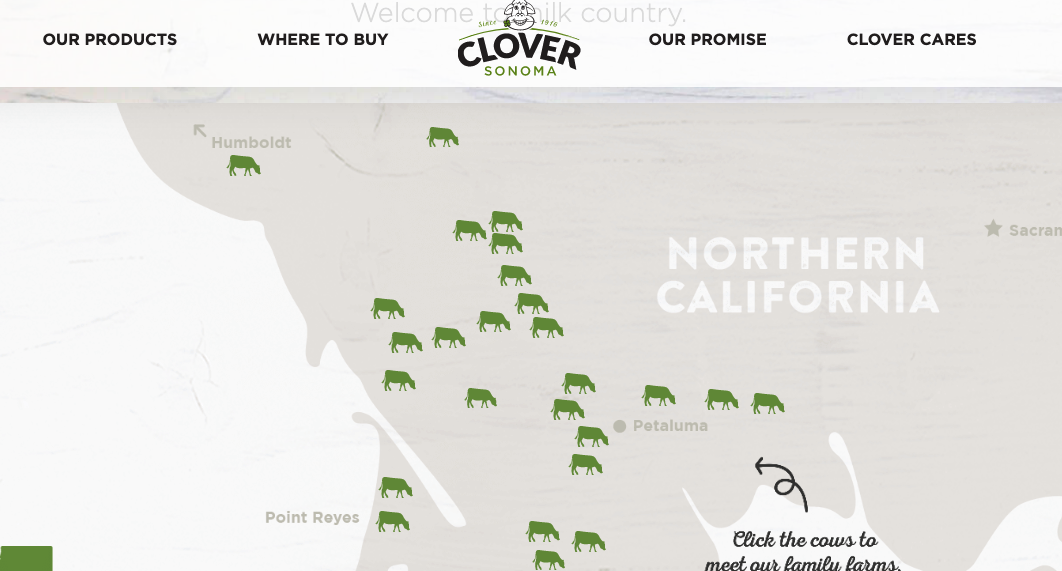 Kehoe and McClure appear as the only Clover Dairies in the seashore, at least according to Clover's website.
This map shows Clover producers.
This page lists the Straus ones.
There are two Point Reyes Clover producers on the map, which I've already made videos about because they are two particularly horrifying locations in the seashore.  I am stunned by the appearance and stench driving past Kehoe and McClure Ranches every single time I visit the seashore.
The Straus list for Point Reyes National Seashore-based dairies only shows Nunes and Mendoza Ranches, but this is misleading for multiple reasons:
Nunes
https://www.strausfamilycreamery.com/farms/drakes-view-dairy/

Spaletta outside the seashore
https://www.strausfamilycreamery.com/farms/cypress-lane-ranch/

https://www.strausfamilycreamery.com/farms/jjs-family-dairy/
THE SPALETTAS
The Spalettas stand out to me for a few reasons; But most recently the Spalettas gained attention thanks to one of their ranches outside the seashore being for sale for 6 million dollars.  The Spaletta have 5 large land parcels outside the seashore in addition to the ranches they lease within the seashore.  They even received millions of dollars in additional funding for these ranches thanks to MALT.
It is a testament of the mentality of such people to have so much and yet complain so often, demanding the death of magnificent wildlife for fear of the grazing of grass cutting into their profits.  It is worth noting, as the Pacific Sun pointed out, that sharing the land with wildlife was part of the leaseback agreement.  It is also worth noting that the park service engaged in no studies or other attempts to quantify the damage caused by the elk before deciding to appease the death wishes of the ranchers.  The more you read on the topic the more you will see the pattern of the park service simply doing whatever the ranches want.
The Spalettas are featured in these two episodes from my Morning Cup of Cowshit series

Although not one of the ranches of the seashore peninsula, Genazzi is managed by PRNSPS and was recently in the news as having its lease terminated for multiple, ongoing violations (see the Point Reyes Light article here).

What YOU DON'T KNOW is how long these violations went on and how severe they were.  I have attached a document found in NPS correspondence obtained via FOIA showing a park ranger documenting Genazzi more than DOUBLING his allotted AUIs back in 2013.  Furthermore Genazzi was guilty of illegally dumping corpses of animal bodies into piles, out of site instead of properly removing them from the seashore.  There is NO correspondence showing any follow up or punishment. Almost a decade later Genazzi is still at it.  If there was any punishment (unlikely) it clearly wasn't very compelling.

For the park service to finally do something in 2021 after decades of failing to comply with rules and only a one year lease currently on record, the real story here is that Genazzi was already planning to leave and this isn't punishment at all. This was a fake show of authority by Kenkel and the Park Service pretending that they don't bow to the ranchers.  Furthermore it undermines the park service's excuse for their controversial preferred plan B.  Melanie Gunn told me that it was too difficult to enforce rules under the existing leases.  Looks to me like it's possible anytime the park service actually decides to do anything.  Similarly, Home Ranch is supposedly going to face some consequences for their bulldozing of native habitat, but this is only have the violation blew up in mainstream media.  Once again it shows that the park service COULD have been enforcing the rules this entire time if desired, plan B is not a requirement to do so since it isn't even in effect yet.
Here is the most recent lease I could find for Genazzi
For further consideration, ponder how the presence of "dumps of corpses" affects wildlife behavior.  Scaring away some, attracting others.
Read the 2013 Genazzi file here